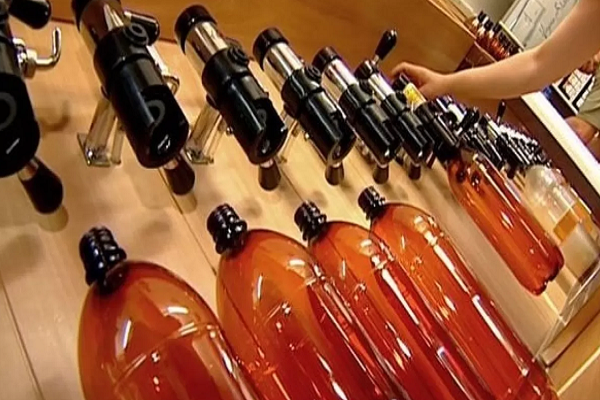 Some beers are watery and weak but learn how to order the right ones, and you’ll appreciate all of their complexities. This beverage was a part of human history ever since there was history. Not many people think about where it came from or how it evolved into being the most consumed alcoholic beverage.

What is the history of beer?

From tests of ancient pottery, we know that beer was invented at least 7 000 years ago. This beverage was known by ancient Egyptians, it even was a part of their daily diet and sometimes was prescribed as medicine. But it wasn’t until the 9th century that beer began to be flavored with hops. At this point it was brewed at home; however, in the later Middle Ages, the production of beer gradually shifted to pubs and monasteries.

In 1516 the Duke of Bavaria passed the Reinheitsgebot, also known as the German beer purity law. It stated that the only 3 ingredients in beer must be:

Of course, there was also yeast but people didn’t know that until its discovery much later, and nowadays brewers also add malts. Any grain can make up a beer but barley is a preferred grain. Hops are what give us bitterness to balance out the sweetness coming out of the malts.

Also, beer was an important part of early American culture because many founding fathers were brewers. Even George Washington developed his own beer recipe!

The next important stage began when the first beer can was invented in 1993. It was lighter than glass bottles and less likely to break. But it didn’t have a pull tab so it was sealed with a bottle cap. More easy-open can appeared in 1962, and in 1973 Miller Lite was introduced as the first mainstream light beer. This year brewers also started to make a lot of non-alcoholic beer for drivers. It seemed risky to develop an alcohol-free version of a drink intended to provide a buzz but nowadays alcohol-free beer is very popular.

How many calories are in your beer

Beer sometimes can be a culprit for adding weight where we don’t want it. That’s why you should watch your beer intake or you’ll get a spare tire on your waist. 1 pint of beer usually contains 204 calories, but you can get a low-calorie beer that still tastes great.

Which has more calories: wine or beer

Many of us enjoy some good drinks of beer or wine once in a while. We can drink alone or with friends, but in all cases, we ask ourselves what is better to drink:

If you drink in moderation, both beverages are not bad for your health, but what about all calories? Their amount depends on the type of beer or wine. But if you drink 1 glass of wine each day during a week, you get 1250 calories in total. If you drink a pint of beer every evening for 7 days, it gives you 1500 calories. So beer has more calories, but the difference isn’t significant.

If you worry about alcohol content, you should know that wine has more of it. But take into consideration the difference in drinking patterns. Wine is served in small glasses and beer in bottles or big glasses so the alcohol contribution of beer gets higher.

We have compiled a list of the top 10 beers in the world based on our personal preferences and sales ratings:

You’re welcome to share your personal opinion about the top 10 beers in the world or discuss our choice! Also, you can ask all types of questions about our mutual favorite beverage.

We are adding new interesting information every day, so do not forget to add our site to your bookmarks.